The Turing-Welchman PenA limited edition of 211 pens to…

The Turing-Welchman PenA limited edition of 211 pens to… 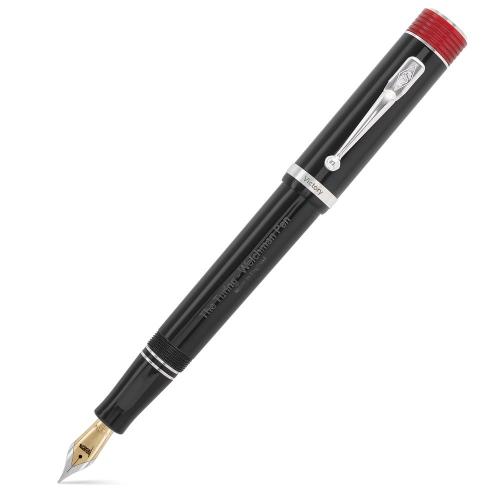 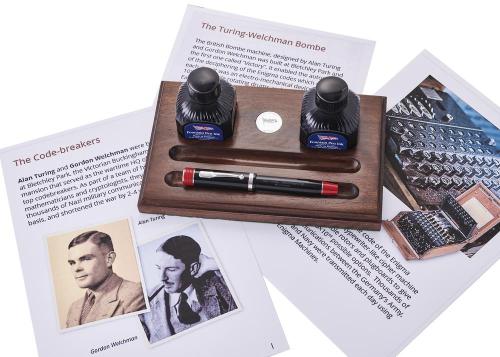 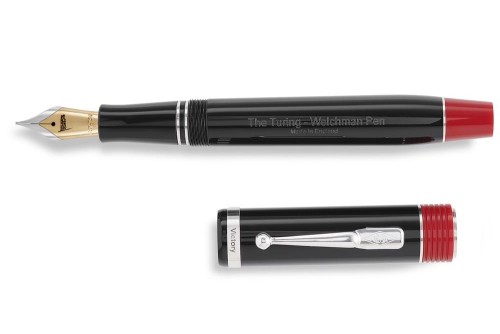 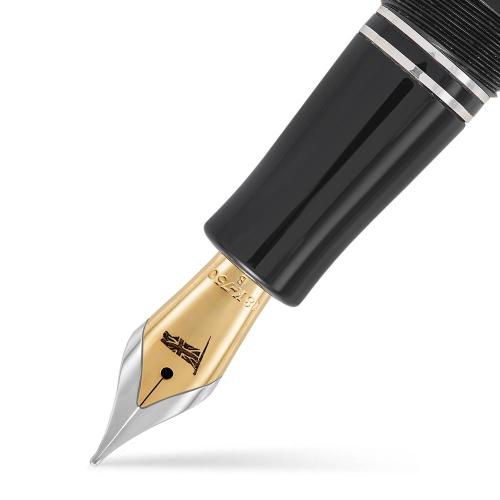 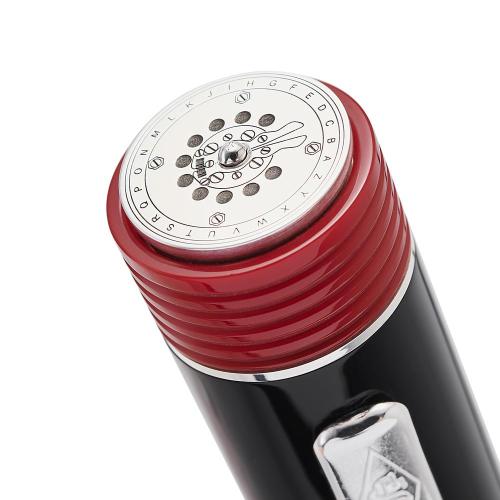 A limited edition of 211 pens to celebrate the achievement of Alan Turing and Gordon Welchman who created the Turing-Welchman Bombe machine used to break Enigma-enciphered messages during the Second World War.

The top of the pen is made in sterling silver to resemble the Bombe’s drum with the 26 letters of the alphabet etched into the surface. It rotates like the actual Bombe drum.

On the wide sterling silver cap band is the word “Victory”, the name of the first Bombe, and the UK hallmarks as a stamp of its quality.

Engraved on the barrel are the words “The Turing- Welchman Pen” to keep alive the memory of these most ingenious men whose secret activities during the Second World War helped save Europe from Nazi tyranny, and also triggered the start of the computer era.

Anyone reading this blog is involved with vintage pens in some way: collecting, restoring, writing with them or reading and thinking about them. What is it that we’re doing and does it matter in the grand scheme of things? It’s true that many things are not allowed to sink into oblivion after their time appears […] read more

As much as I love that bullet journaling requires the bare minimum of materials (a notebook and pen is enough!), I'm someone who likes to have a few more things to make my 'bujo' that bit more neat and reflective of my personality. My bujo arsenal now looks as follows...PaperMy first bujo was a Papier one, my 2021 one was a Leuchtturm and this year, I've opted for an Ottergami one... read more

The Hot Pink Lemonade fountain pen - obviously one of my favourite pens, and one that has been inked non-stop since I first received the prototype many months ago! Actually, it's probably close to a year by now. It sports a Pilot Parallel section all of the time, and it's always being eyedroppered with this and that and the other. Most often, Gourmet Pens Pink!Visit the shop for the... read more

The Beginner’s Guide to Fountain Pens

It’s time to demystify the fountain pen. A lot of people think of fountain pens as archaic, inconvenient, or downright intimidating. But as soon as you first use a fountain pen, you realize that they’re really not that different from any other pen. Just touch tip to paper and write. There is a bit of a learning curve, though, so in this guide we’ll share some... read more

Selecting a paper for your fountain pen is like pairing a fine wine with cheese: different combinations bring out the subtleties and unique flavors of both. In the same way, finding a good paper allows you to realize the full potential of your fountain pen and ink, adding another dimension to both the pen and paper. There are many things to consider when selecting the best... read more

Some are just beautiful piece of art put together as a form of writing instruments.. Presenting the rànga bamboo handmade pen with 40 mm... read more

The days are getting longer. Frost and darkness are starting to make place for the first rays of sunshine as spring closes in. And I? Well, I've been a bit absent on here (as you may have noticed!). I've started the new year by rethinking some priorities. While I'm certainly not giving up on pens, nor this website, I do feel like I want to explore a bit and put... read more

At JetPens, we try our hardest to provide the best pricing for our loyal customers. We know that you have a choice when you shop and we’re delighted that you choose to shop with us. read more

8 Impressive BluTack Hacks That Will Save You Time & Money!